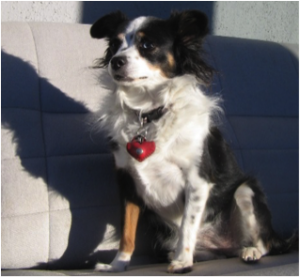 Warm temperatures, swimming holes, and trips in the car with the windows open–windows that often have active, curious Dog noses poking out!

Leaving the secure confines of their Den is a very different, very stimulating experience for our Canine Kids. There are so many things to smell! To see! To explore! Woof woof!

Unlike peanut butter and chocolate,
vehicles and animals are not made for each other!

The metal caves on wheels we TwoLeggeds call vehicles are a human invention, they are not part of any FourLegged’s natural environment…and by the actions I have witnessed, sometimes cars (and travelling in them) can be downright scary. I knew a Pup who felt so out of her element when left alone inside the car that she’d tear the interior to pieces. For many months after my first Greyhound’s adoption, Adventures in the car were terrifying, she’d lose control of her bladder as soon as the vehicle started to move.

It is up to us TwoLeggeds to mindfully care
for our Canine Kids and keep them SAFE. 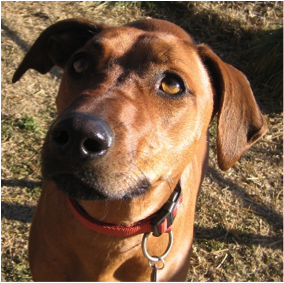 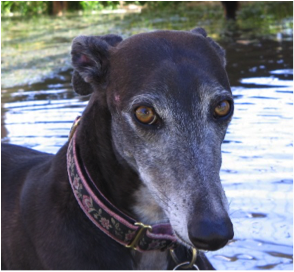 When it comes to Pups and cars–and most especially open car windows–it is necessary to use common sense and conscientious caution at all times. Sometimes (just like People can do) Domesticated Dogs get so engrossed in what they are doing that they simply lose themselves in the joyful reality of the present moment. They don’t become concerned or ponder possible consequences to their actions (these emotions aren’t part of their In-The-Moment World)…thinking and worrying is our job. With a little forethought, a few simple precautions, and by being mindful of your Pups’ presence, mishaps can be thwarted and potentially harmful circumstances can be prevented.

It’s also our job to know our Pups. Remember, Dogs are unpredictable and individual. Don’t assume that just because Pierre the Poodle liked being in the car and never gave the Rabbits a second glance that Paris the Poodle is going to react the same way.

It doesn’t matter whether a vehicle is parked or moving, open
windows can be dangerously tempting to Domesticated Dogs.
They are inadvertent, unintentional invitations to catastrophe.

Although some states have laws in place regarding driving with Dogs in the car (Arizona is not one of them), it is ultimately the responsibility of we Pup Guardians to protect our precious FourLegged cargo as much as possible from the perils of the TwoLegged World. Of course not all situations are 100% controllable, but many are avoidable. The following snapshot tales illuminate a few of the potential dangers posed by the pairing of Pups and moving vehicles:

There’s one story stashed away in my head about a Pup that includes both moving and parked vehicles. Thirty-three years ago, while driving down a busy street, I saw a small Pup innocently follow his Person as she exited the just-parked vehicle. He jumped out of the driver’s side of the truck, right into a steady flow of traffic. I pulled over and ran back to the hysterical Person, but there was nothing to be done, her Pup had been struck by a moving vehicle, tossed into the air, and was dead before his body hit the ground.

And what about the open windows of parked cars? I began writing this article as a form of therapy, after having witnessed the devastating aftermath of a Pup-and-open-vehicle-window mishap. It has been over a year now and still memories of the TwoLegged’s desperate CPR attempts and anguished cries haunt me. In this case the SUV was parked, the driver’s window open. Something outside the vehicle must have caught the small Pup’s Attention because she scaled the glass wall (window) between her and it and jumped. Unfortunately her youthful innocence provided no safety net; she fell to the ground far below, broke her neck, and died instantly. Thankfully, not all tales about Canines and parked cars end this tragically…

A Dog left alone in the car seems to be everybody’s business!

You can mindfully Pay Attention to all aspects of temperature and ventilation control and still other People will react to seeing a Pup left in the car. If the windows are left only slightly open there’s worry that the Pup isn’t getting enough circulating air to remain cool. Besides the possibility of inviting a Dog-napping or Fear-biting incident, windows rolled down more than ‘a crack’ allow for easy escape. The FamilyPack’s overweight, medium-sized Beagle once squeezed herself through the wing window of a VW Bus in order to go after something she saw, proving that if a Pup really wants to get out, a way will be found. 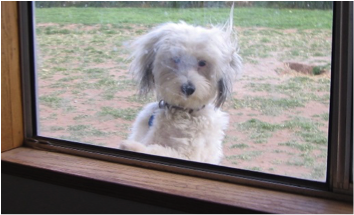 Plainly stated: Open windows are pretty much a lose/lose proposition when it comes to our Canine Kids.

Please! In hot weather it’s better to leave Trixie in the temperature-controlled space of your Den than it is to worry about her in the car. Do yourself and your Pups a great service and take the time to work with them. Make changes to their environment and do whatever is necessary to Train them so they can handle being left alone. Another option is to ask for assistance from a Friend or Neighbor with the promise to reciprocate! And if you absolutely must take your Pups with you while you go about your business (or for trips to the V-E-T), make sure to do so with the forethought and diligence of a true Guardian. Your Pups will thank you! 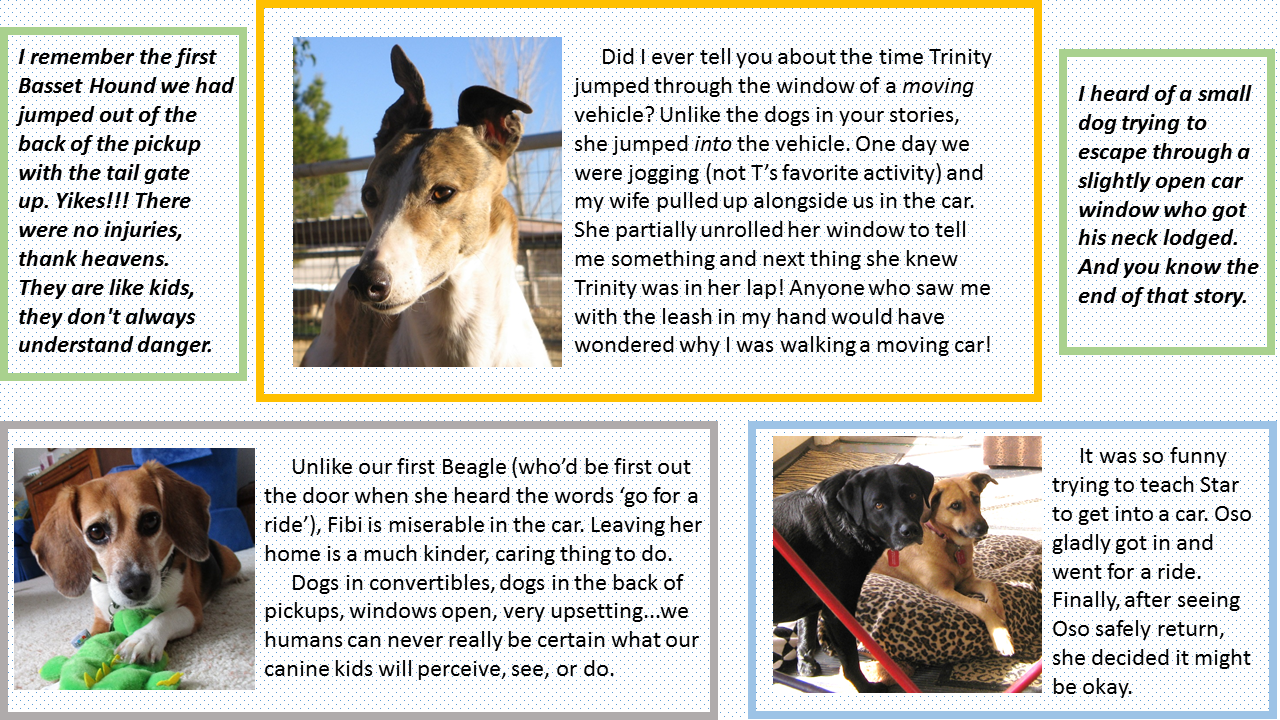